Digital Ageism: The Unspoken Challenges of the Older Adults 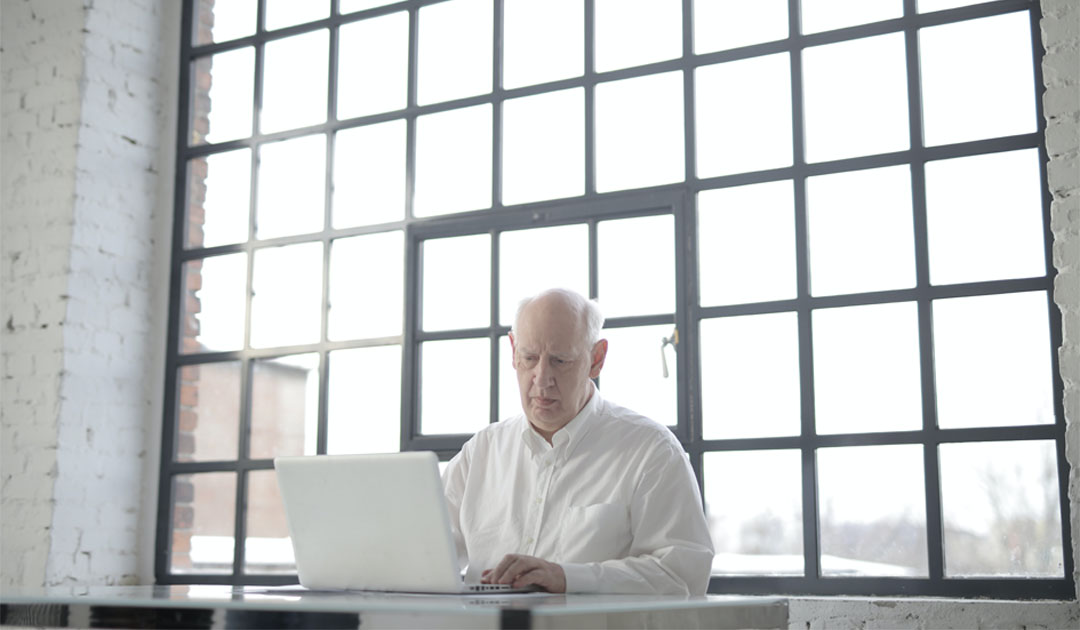 There is a familiar scene in today’s fast-paced and globally connected world. It’s one where young people seem justified in their exasperation over older adults and the Internet, in an attitude that falls into what researchers call the most invisible form of discrimination—ageism1. After all, the Internet has become deeply integrated into everyday life. Even among senior citizens, the use of Internet and the social media is growing2. But that only leads to the risk of non-users being further isolated from their communities as social exclusion goes digital, too.

For instance, a son who impatiently teaches his mother how to use Facebook. A granddaughter begrudgingly tries to help her grandfather in using Zoom. A young lady at the Internet cafe looking condescendingly at an old man trying to open an Internet browser. In all situations, the young mutter to themselves, “the elderly and the Internet is what water is to oil—they don’t go together.”

It’s for these reasons there is clamor for spaces where older adults can learn about digital tools and materials without fear of being judged. One of them is Techie Senior Citizens. While the pandemic has highlighted the need for older adults to grasp the Internet, the organization has long seen the impact of digital ageism among an underrepresented demographic. Pre-pandemic, seniors have already been attending Techie Senior’s workshops and programs, where the elderly are welcomed in a learning environment and taught via a non-judgmental approach.

In one of the organization’s Thursday webinars, digital ageism has been described as the exclusion and mistreatment of older adults in technology. It’s just one of the many obstacles faced by today’s senior citizens already disadvantaged by the digital divide. On one side you have the digital natives, the generations born during the age of digital technology. For them, computers and the Internet seem like second nature. Those raised before the digital age, however, are typically referred to as digital immigrants—people who had to adapt and adopt digital technologies3.

Ms. Koree Monteloyola, the founder of Techie Seniors, shares in her discussion that digital ageism, along with Internet cost, access to devices and the Internet, Internet speed, and digital literacy, make up the digital challenges for older adults. Digital ageism, however, is perhaps the least spoken of. Many seem oblivious, after all, that senior citizens use the Internet, too.

Dr. Carol C. McDonough from the University of Massachusetts Lowell tackles this issue with more nuance. In her study of technology use in older adult populations4, she finds that the literature attributes the digital divide to factors that seem more focused on the behavior and attitudes of seniors. Within the realm of technology adoption, for instance, most research found older adults less likely to adopt Internet use given the time and effort entailed in learning the technology.

Self-efficacy is also seen as a factor that affects the belief of senior citizens in their ability to learn and master a new experience5. If older adults believe they can succeed in a specific situation, the more likely they will attempt the task rather than avoid it. Even perceived ease of use and usefulness have been considered. Why would a senior citizen bother trying to master Facebook or Zoom when they’ve largely survived without it over the years? In addition to social and psychological factors, physical conditions affecting mobility, sight, or dexterity6, can also prove to be a challenge in using technology7.

While all these variables are worth considering, Dr. McDonough argues ageism compounds the digital divide further. The negative messages associated with ageism, after all, may be internalized by older adults, thereby influencing their willingness to adopt technology like the Internet. We’ve seen it in real life or heard of them in anecdotes.

Older adults who are prone to disinformation may be ridiculed not just by younger people but even by their peers. A senior citizen father or mother might be made to feel bad after breaking a device or mistakenly posting private content on their social media account. They can even be bullied offline and online. These instances add to social anxiety experienced by a demographic already anxious over other matters like their health.

But digital ageism isn’t limited to negative perceptions about older adults and their use of complex technology. Discrimination can even exist in research. Dr. Maria Sourbati from the University of Brighton has also found how older adults using the Internet are being excluded from digital datasets8. This contributes to reinforcing myths about digital immigrants and excludes senior citizens on topics about technological innovation. According to Dr. Sourbati, age-biased data will only deepen the digital divide.

So what solutions are available to combat digital ageism? While this space isn’t sufficient to tackle strategies in response to the issue, we offer a few suggestions. Like with any form of discrimination, the key remedy is to act now. Acting now means stopping the punitive and unjust treatment of senior citizens online and offline, shares Koree Monteloyola. Removing biases about older adults, whether at home or at the workplace, can be an effective first step. Prejudices must be replaced with a patient understanding of seniors, instead. Condescension, after all, doesn’t win new converts.

According to the Centre for Ageing Better, social capital plays a critical role in an individual getting started on a technology9. Research has also found that social support can mitigate the negative effects of ageism10. If younger adults and older people can both provide this positive influence, digital immigrants will be more open to using technology.

Pushing for age-inclusive policies in various social settings can be huge in addressing digital ageism. Digital natives and immigrants alike can also be encouraged to join in advocacy groups that provide not only a community where seniors can socialize but also learn. Techie Senior Citizens, for instance, offers webinars and training for older adults on programs like Zoom and even Canva.

Of course, everything starts by acknowledging that older adults are capable of learning and using the Internet. Digital technology is not an exclusive domain of digital natives. In a world where everyone’s voice has the potential to be amplified thanks to the Internet, it’s time we learn more about digital ageism and speak about the unspoken challenges facing our older co-netizens.